There are various types of gas or chemical sensors. Vacker Kuwait supplies the below listed gas sensors:

Types of Sensors we supply in Kuwait 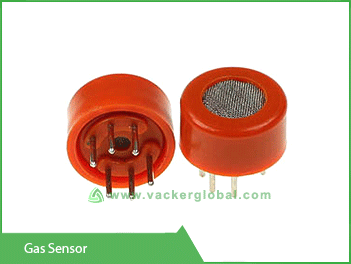 CO gas detector or CO sensor is a commonly used sensor type. It checks the carbon monoxide level in the atmosphere. It is useful for industrial as well as in general environments. It is named as CO sensor as an abbreviated form of carbon monoxide sensor.

Carbon monoxide is mostly used in suffocated areas like parking lots, underground plants, mines etc. The alarms generated by Carbon Monoxide detectors or sensors can be presented in audio or visual forms. After exceeding the level of carbon monoxide, sensor gives alert and then displays the data that can be sent to NO/NC contacts as well.

Oxygen Sensor or O2 sensor in Kuwait for safe environments

CO2 gas sensor is also another type of gas detector. This is also used in automobiles, industrial, environmental sectors for the detection of carbon dioxide. CO2 sensor gives the level of the gas and displays or records information and generates alarms. Automation, control, display can be done using both analog and digital signals produced by the sensors.

Instruments which are built using a combination of CO, CO2 and O2 sensors are known as Air Quality Monitors.

Some of the other sensors we supply in Kuwait:

This type of sensor is used to monitor toxic gases’ level in the atmosphere. Some examples of toxic gases are Sulphur dioxide or SO2, Hydrogen Sulphide or H2S, Methane or CH4, Nitrogen dioxide or NO2, etc.

MQ sensor is a gas sensor technique. The principle of operation of MQ is that resistance and output current varies depending on the gas detected by the sensor. Vacker Kuwait or Kuwait supplies MQ-2, MQ-3 and MQ-4 models of MQ sensors.