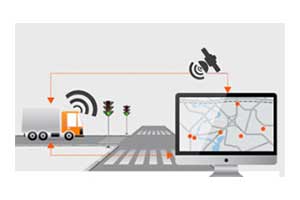 It is considered healthy in Cold Chain Management applications to continuously monitor real time temperature data of vehicles that carry temperature sensitive goods such as medicines, vaccines, drugs, vegetables etc. The temperature tracking devices are used to monitor temperature in reefers, vans that carry such goods, etc. The process comprises of both modality of GPS (Global Positioning System) and GPRS (General Packet Radio Service). Vacker Kuwait offers GPRS and GPS temperature tracking for vehicles to regions or areas such as Hawalli, Al Ahmadi, Sabah as Salim, Al Farwaniyah, As Salimiyah, Al Fahahil, etc., that is used for tracking the movement of the vehicle throughout its venture on the road facilitated by the GPS satellite.

Vacker Kuwait temperature tracking system consists of a tracking device, that is embedded in vehicles and some sensors are connected from it to the refrigerated compartment. Up to 4 sensors can be connected to the device varying according to vehicle size so that the collection of data is facilitated.

For sending data consisting of parameter readings continually, a GPRS system is used through a GSM network, which is very similar to using internet on the phone’s browser through GSM network. The device allows for programming with data sampling and the frequency of transmission.

The temperature tracking system in Vacker Kuwait consists of alert systems that can be embossed in the vehicles in order to generate alerts such as SMS, email, phone call (up to 4 operators), when the parameters exceed the preset levels. A SIM card can be used for the generation of SMS or call which can be mounted in a supplementary device in vehicles. In instances like these, SMS thus generated is software-independent and the connectivity eventually will be highly reliable.